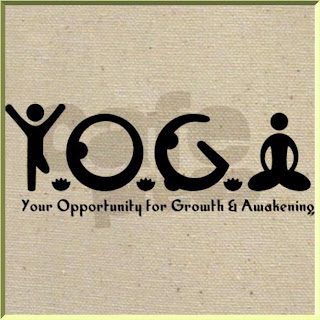 I started teaching class on Tuesday nights at Hip Dhamma because the usual teacher had a conflict.  I didn't and honestly still don't know how long that class slot is going to last for me, but for now I'm enjoying every moment of it.

Last Tuesday was a slow night. I got to class early, set up the room and then came back down, sat and talked to Jasmine the Hip Dhamma office manager and waited for students to show up.  I think I might have told you in the past that Hip Dhamma is located at Freebrook mansion, which is a great space that holds many events and they even tape Boardwalk Empire there from time to time. So the class where we teach is up a grand staircase on the 2nd floor.

As I sat and talked to Jasmine the time slid by and next thing we knew it was 7:15pm and class is supposed to start at 7pm.  From that we gathered that no one would show up that day.  I was getting ready to go gather my things when a familiar face walked through the door. It was Felicia (Not her real name. Honoring her privacy.).  She told me she was going to come to class and she was true to her word, which I love! At first she wasn't sure about staying for class since she was the only one, but I feel like if you came all this way, let's have class.

After changing her clothes, Felicia made it up to class. She was not totally new to yoga, but had not taken many classes at all. Felicia told me that the other classes she took were really not the best for her so it wasn't very enjoyable, but she wanted to try again.  That really made me excited. Here was a chance to really change someones mind about yoga and possibly reintroduce them to the practice.

Since it was just Felicia and I, I modified the class. I took her through some pratapana (warm ups) and at that point I could tell that I was going to have to slow the class down and make sure that she got exactly the attention that she needed. I had a whole plan and was going through all kinds of poses, but I knew that may or may not happen that night.

For the next 30-40 minutes we made it through Downward Dog (Adho Mukha Svanasana), low lunge and Warrior 1 (Virabhadrasana Eka). Then we closed moving through Staff pose (Dandasanana) to seated forward fold (Paschimottanasa).  Then we ended with savasana.

Taking time to move Felicia through the poses was so great! When teaching class although I take my time, it's also often about getting through the plan. This time I really just let the plan go and it became intuitive.  I have sort of been waiting for that moment in a way. I usually write down my plan for class and I keep it in a book beside me. Sometimes I look at it and sometimes I don't, but that day I just closed it and I because mindful of my students needs and worked from there.

After class Felicia said she loved it!  It has renewed her faith in yoga and she was going to bring a friend next week! It was really a great class and I'm so thankful for that chance happening.

I can't wait to see you all at class. Now you know that even if you are the only one there, it's going to be an amazing time.


Posted by Shelley Nicole at 3:40 PM No comments: