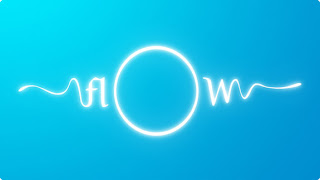 Over the years I have practiced many types of yoga. My very first yoga class was at Integral Yoga on 13th street in Manhattan.  It was a great place to start because they have a designated Brand New Beginners class.  So there is no worry about looking crazy your first time because it's everyone's first time. It's a class full of virgins so to speak.

I practiced there for while until I joined a gym in Brooklyn near my house called the Training Academy. It was on Waverly Avenue, owned by a black woman named Laura Gorriaran-Goodwin,  and it had a boxing ring. I have to admit, that's why I really joined the gym. As many of you know I am a Sporty Spice so to stand inside of a regulation size boxing ring was like going to sporty heaven for me. So I joined and started taking kickboxing!

Just before I joined this gym, I had been going to another in Brooklyn that shall remain nameless.  I took a couple of yoga classes there, but they were pretty bad, especially after going to Integral. I thought I would never take yoga at a gym again, but when I joined the Training Academy, something told me to give yoga one more try.

Now two major things happened while at this new gym.  I realized that I had a shoulder injury. Something I had suffered at the other gym, but to this day I don't know exactly how it happened.  The other thing is that I found out I had a hiatal hernia.  I tell you folks, the wheel doesn't stop turning. But let's get back to yoga.

At the Training Academy I started taking Kundalini and Iyengar yoga. Talk about two different styles, but I really loved them both and I had two amazing teachers.  Simran taught Kundalini and Debra taught Iyengar.  I feel so blessed to have met these women because this is the time in my life where I feel that yoga saved my life.

When I learned that I had the hernia, the doctor tried to put me on meds indefinitely. Without getting into too much detail I'll just say that the breathing in Kundalini made it so I never had to take one pill.  Then later when I had my shoulder injury, it was the Iyengar that helped me ease back into practice and have proper alignment so I wouldn't hurt myself again.

As time went on and yoga became more and more popular in NYC I found myself in a ton of vinyasa classes. Everywhere I went it was just vinyasa. I enjoyed them for sure, but I felt something was missing.  As time went on I got lucky again and found some new amazing teachers at a studio called Area Yoga.  First was Tina, then Keely and Shira.  I put myself on a 30 day yoga challenge and they were amazing. They really restored my love of yoga and Keely was the first to encourage me to think about teacher training.

Fast forward to teacher training.  I almost went to Laughing Lotus, but the Goddess saw fit to send me to Kripalu.  I am so thankful for that, but the emphasis at Kripalu is not on flow or at least not a vinyasa style of flow as I knew it. At first I thought I might miss the flow, but while training and then after when I starting teaching classes, I have really grown to love a slower paced, breath and posture focused practice. So that is what I have been teaching, but last Tuesday (3/26) I decided to sub for one of my fellow teachers at Hip Dhamma.

I wasn't sure what style of class she taught, but I soon learned that her class is vinyasa.  I knew I could do it, but up to this point I had never taught that style of class.  So before heading to the studio, I got on my mat and home and mapped it out. It all came back so fast, but I wanted to also make sure I wasn't losing the Kripalu philosophy in it all.  I know how it is when you are a sub in any kind of class. You really have to show and prove because often times people who come to class are coming to practice with "their" teacher.  You all know what I mean.  Well...here goes nothing.

I got to class and met Mack.  He is one of our new karmis at the studio so he set up and the room and he informed me that he was also going to take the class with me. Then slowly people started coming in.  Soon Chris, who I hadn't seen in a while, shows up.  Also I had a woman in class who had never taken yoga before.  Now I really knew I had my work cut out for me. I just assumed that most of the people there would have at least taken yoga before. I guess you know what they say happens when you assume.  LOL.


I opened class as I usually do. Pretty slowly, was a little talk and some breath work. Then we turned up the heat.  Even though I have pretty good yoga language, moving faster I really had to be super mindful and keep an eye on my newbie.  Tough!  Usually when I teach class I do all the moves or as many as I can with the students, but this time I really couldn't. I had to do some and then really keep an eye out. At the close of every class, while the students are in savasana, I give them Reiki. There were 7 people in the class so I took time and  I made sure I sent energy to everyone.  I wasn't sure how people felt about the class at that point, but at least I knew that the folks would be feeling good after their shot of Reiki. LOL

When class was over many if not all of the students told me that they really enjoyed the class.  I was so thankful.  At some points I really didn't know how it was all going to turn out.  A couple of students wanted to know what time I teach on Sundays so they can come!  That was really great.   Since graduation, every time I am asked to teach and I know it’s something that I have not done before, I say yes.  That is what we were taught at Kripalu and so far saying yes has really worked out wonderfully.

So, In the spirit of Kripalu, I declare that  I am a vinyasa teacher! Yes! Give Thanks! 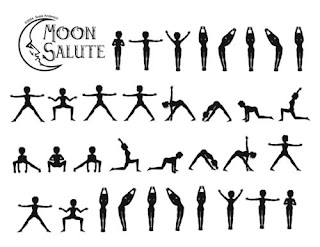 Posted by Shelley Nicole at 8:39 AM No comments: